Happy Valentine's Day! The man and I celebrated with a little midnight dessert (is there a better time to eat dessert?!)... 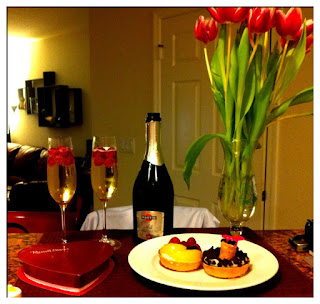 Posted by Anonymous at 5:00 PM 0 comments

I LOVE making pizza. Once you have a staple pizza crust recipe, making pizza inevitably becomes one of the easiest and most versatile dishes to whip up in very little time. I'm going to Spain and Portugal at the end of this week so I was on a mission to cook and bake with the intention of using up plenty of my fridge/freezer items. With an abundance of cheeses (ricotta, mascarpone, parmiggiano, mozzarella) and some leftover pesto, I made a simple and satisfying lunch. My favorite go-to recipe is definitely Katie's pizza crust!

Pizza con Pesto e Quattro Formaggi! I think naming it in Italian sounds so much better, don't you? ;) I was very happy to successfully use my new clay pizza stone too!

Here it is, in all it's four cheese bubbly goodness. 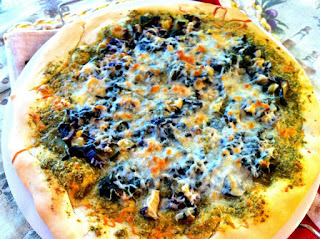 Next up I decided to attempt chili from AmyBites which never lets me down with her awesome and healthy recipe recommendations!

Variations: I used ground beef instead of turkey, and made the dish on the stove instead of in the slow-cooker, letting it cook at low-heat for a total of 2 1/2 hours. I didn't add any chili powder or cayenne since the flavor from the stewed tomatoes (which already had spices) was delicious enough on it's own!

Top with a scoop of low-fat sour cream and shredded cheddar cheese.

Last but not least, double chocolate cupcakes with mascarpone and cream cheese frosting! These were made for a special friend of mine's birthday and since her birthday is also on Valentine's Day, I topped them with some little cinnamon candy hearts! :) 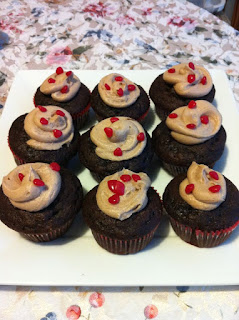 Thanks to Kirbie's Cravings!
Posted by Anonymous at 9:19 AM 0 comments 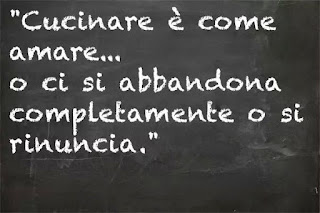 One of my favorite chefs is Giada De Laurentiis, who never steers me wrong! The woman is beautiful and can cook, is there a better combination? Last night I made Giada's Chicken Piccata!

I also ventured out of my comfort zone and made my own accompanying side. I've had a bag of Israeli couscous in my pantry for longer than I care to admit, and finally decided to make it last night. First I sauteed two diced shallots with three minced garlic cloves in olive oil over medium heat, and then added two diced zucchinis. After cooking the couscous in boiling, salted water and fluffing it with a fork, I added the veggie mix and topped with sea salt, black pepper, and lemon zest. The dish was bright and fresh, and went great with the lemony/garlicky Chicken Piccata. :) 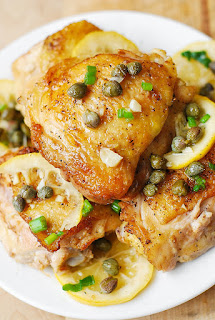 Exams are coming up so I am taking plenty of cooking breaks in between :)

Variation: I baked the meatballs instead of cooking them on the stove. For the sauce, I roasted some tomatoes in olive oil and then pureed them with cream, garlic, and red wine. Simple and delicious! 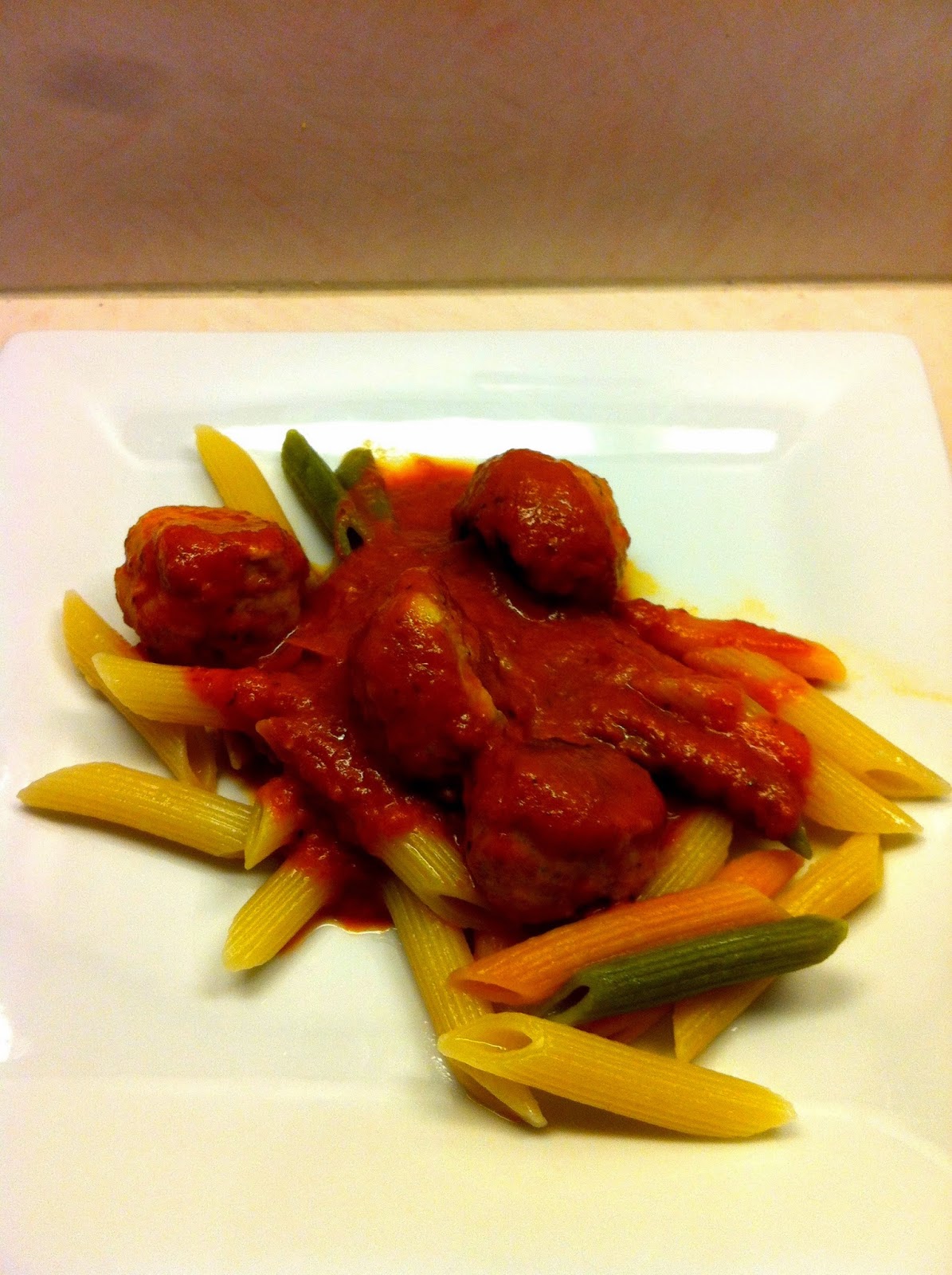 I saw these on My Baking Addiction and knew I had to make them very very soon,  Chocolate Chip Muffins! 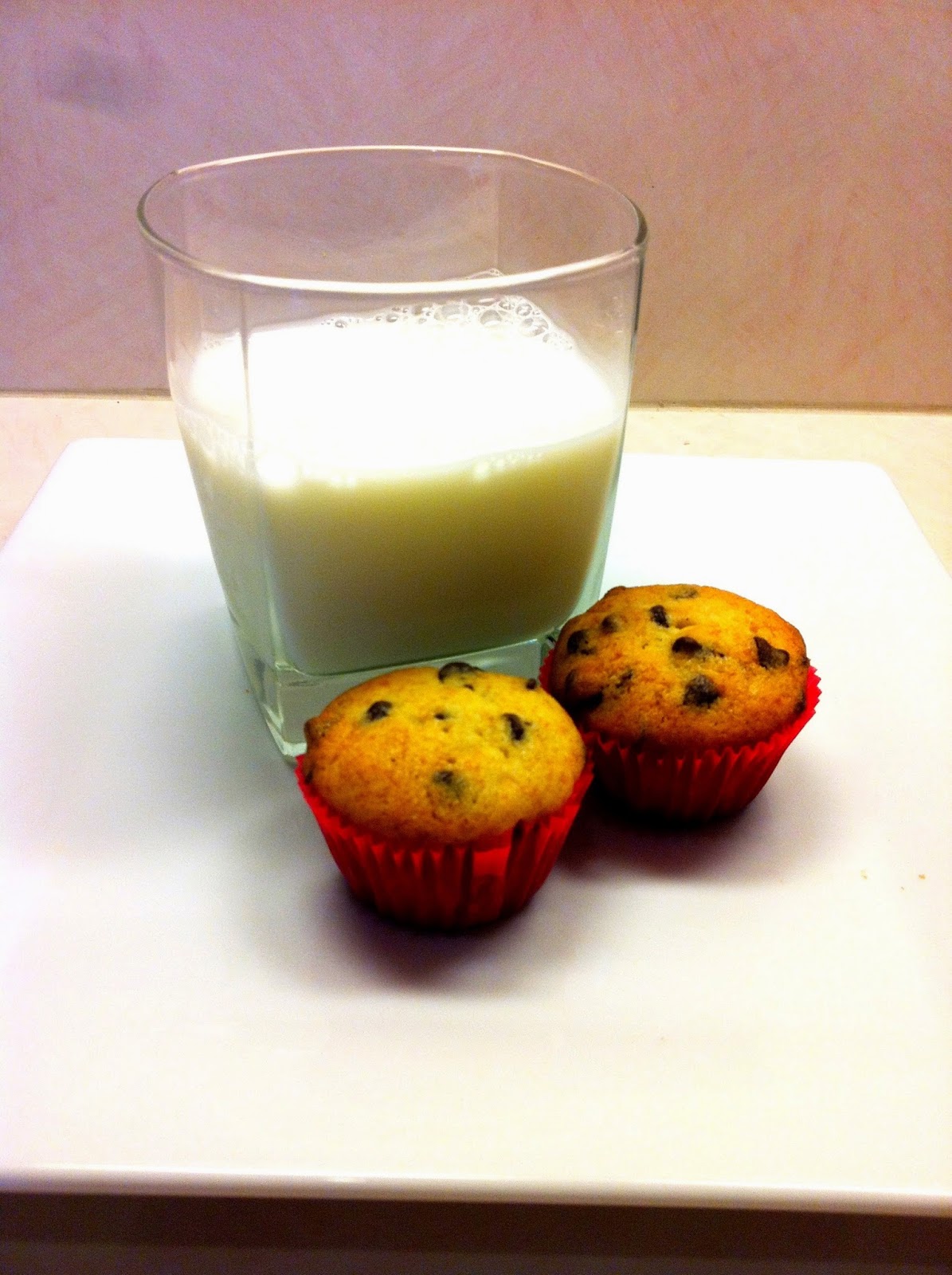 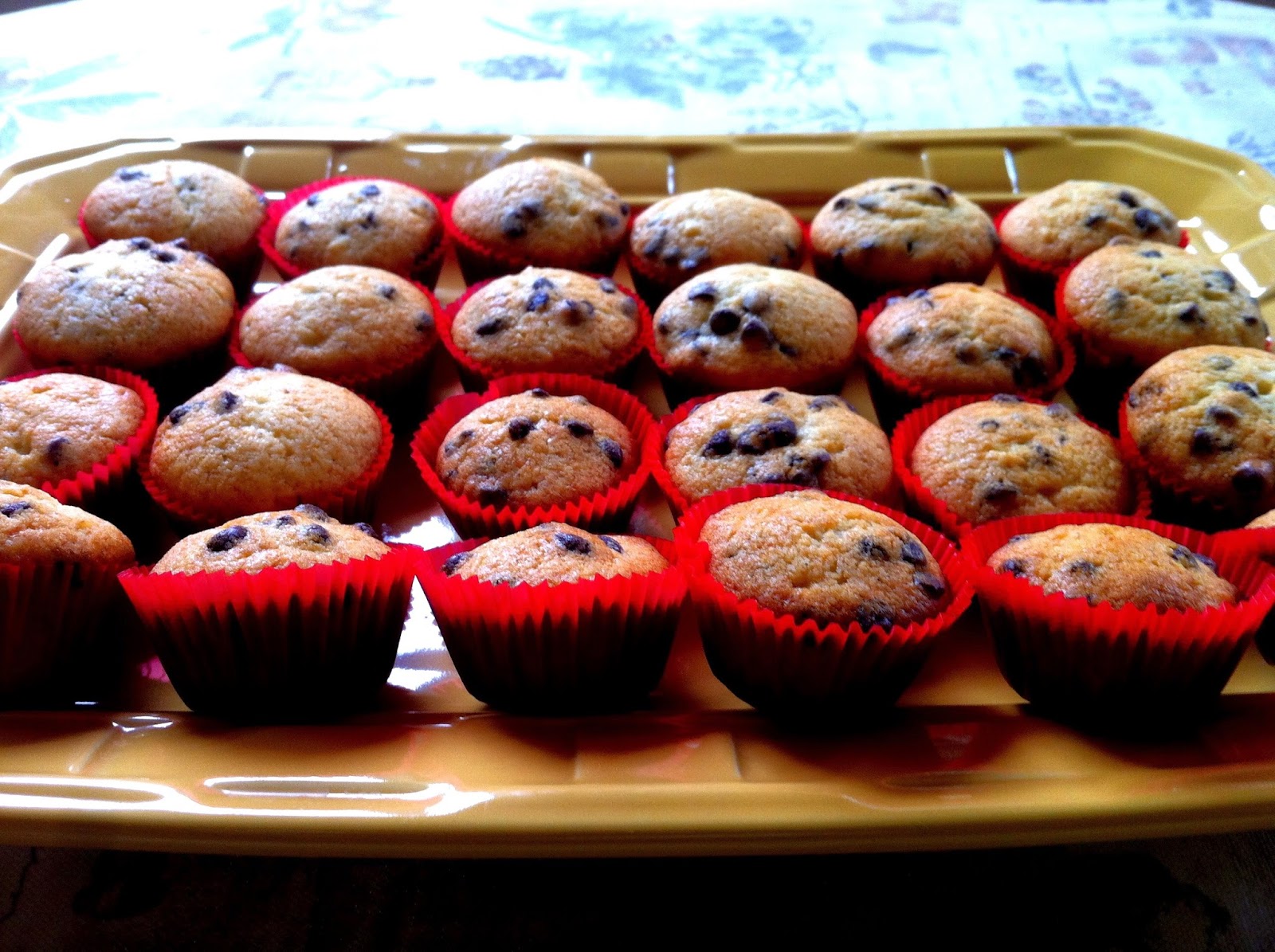 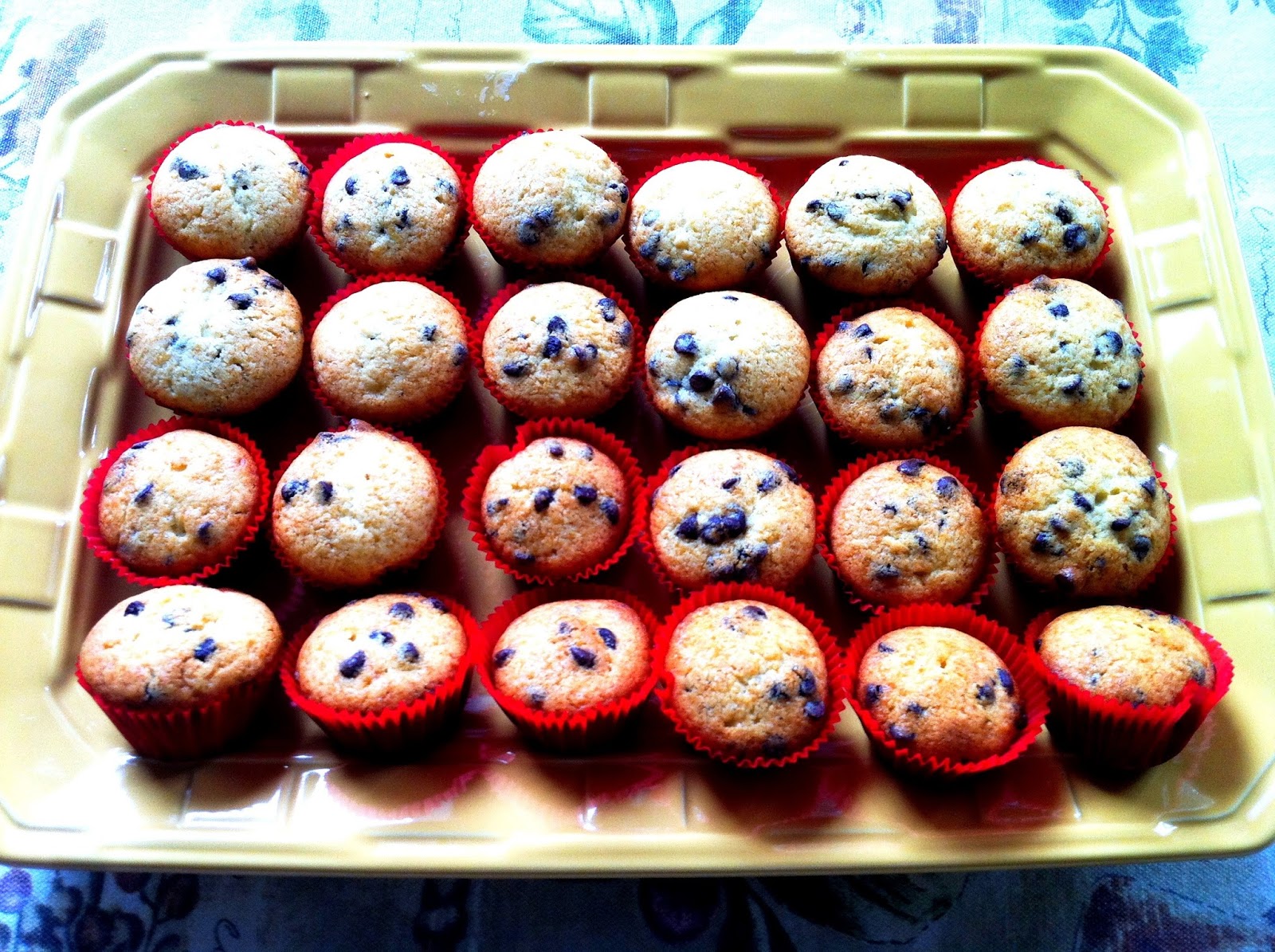 Posted by Anonymous at 9:16 PM 2 comments 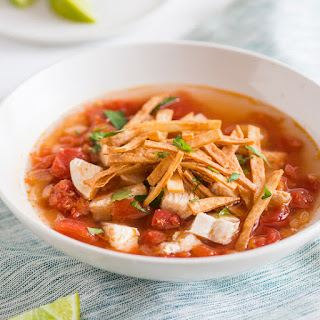 Posted by Anonymous at 9:02 PM 2 comments

I am lucky enough to have a lovely man who also happens to be an amazing chef. We love to cook together and we've made some amazing meals thus far...or sometimes he cooks while I watch and drink wine :) 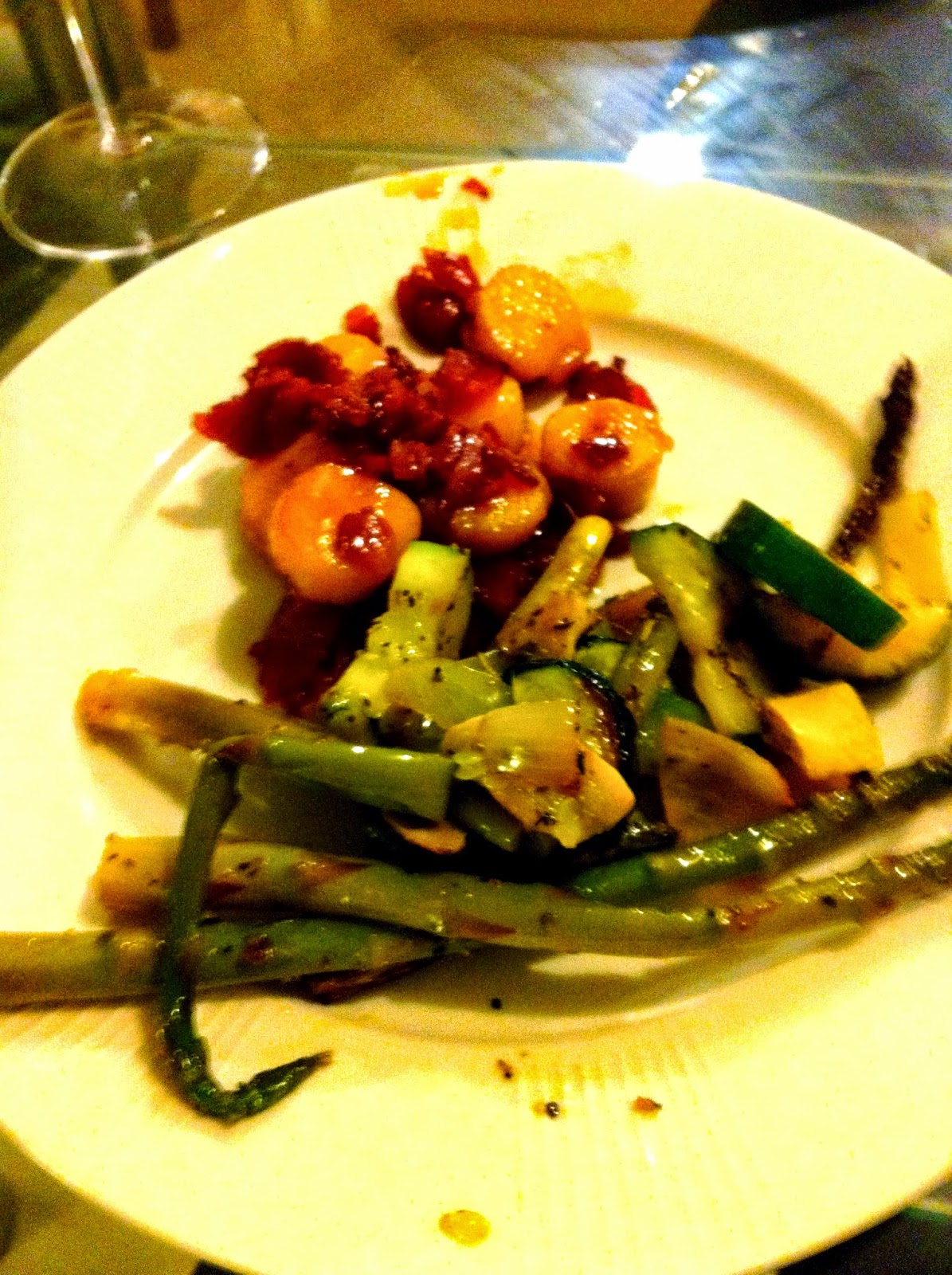 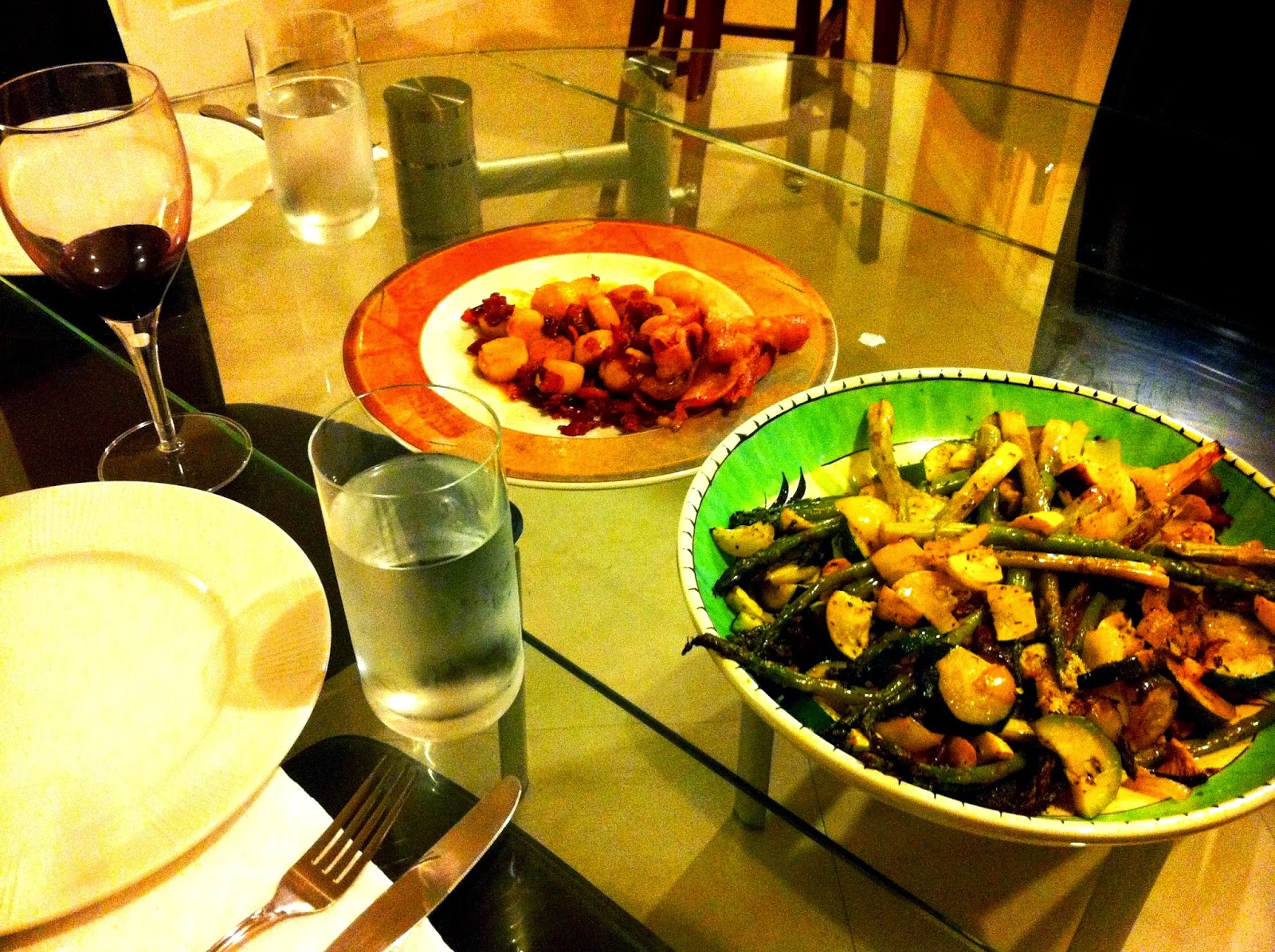 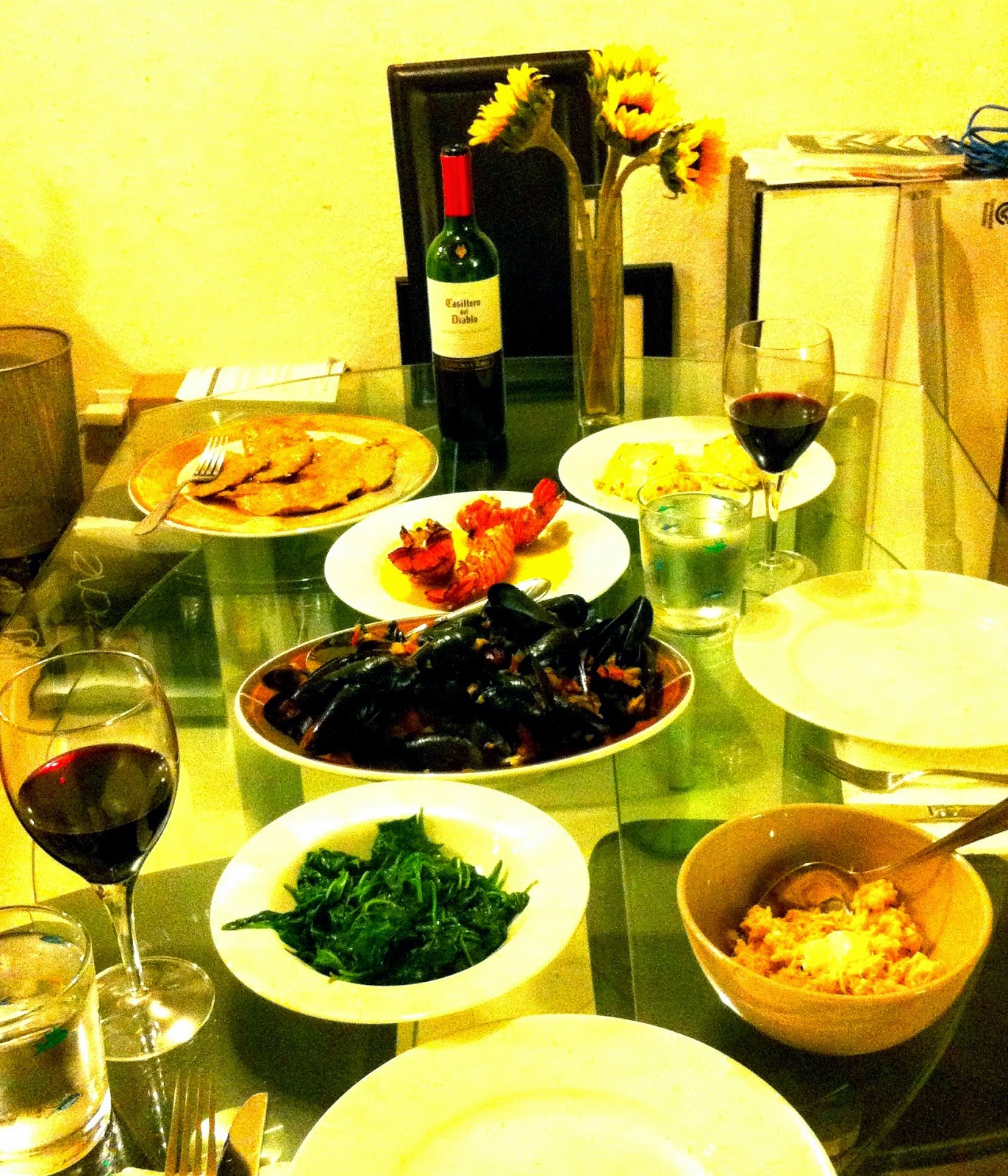 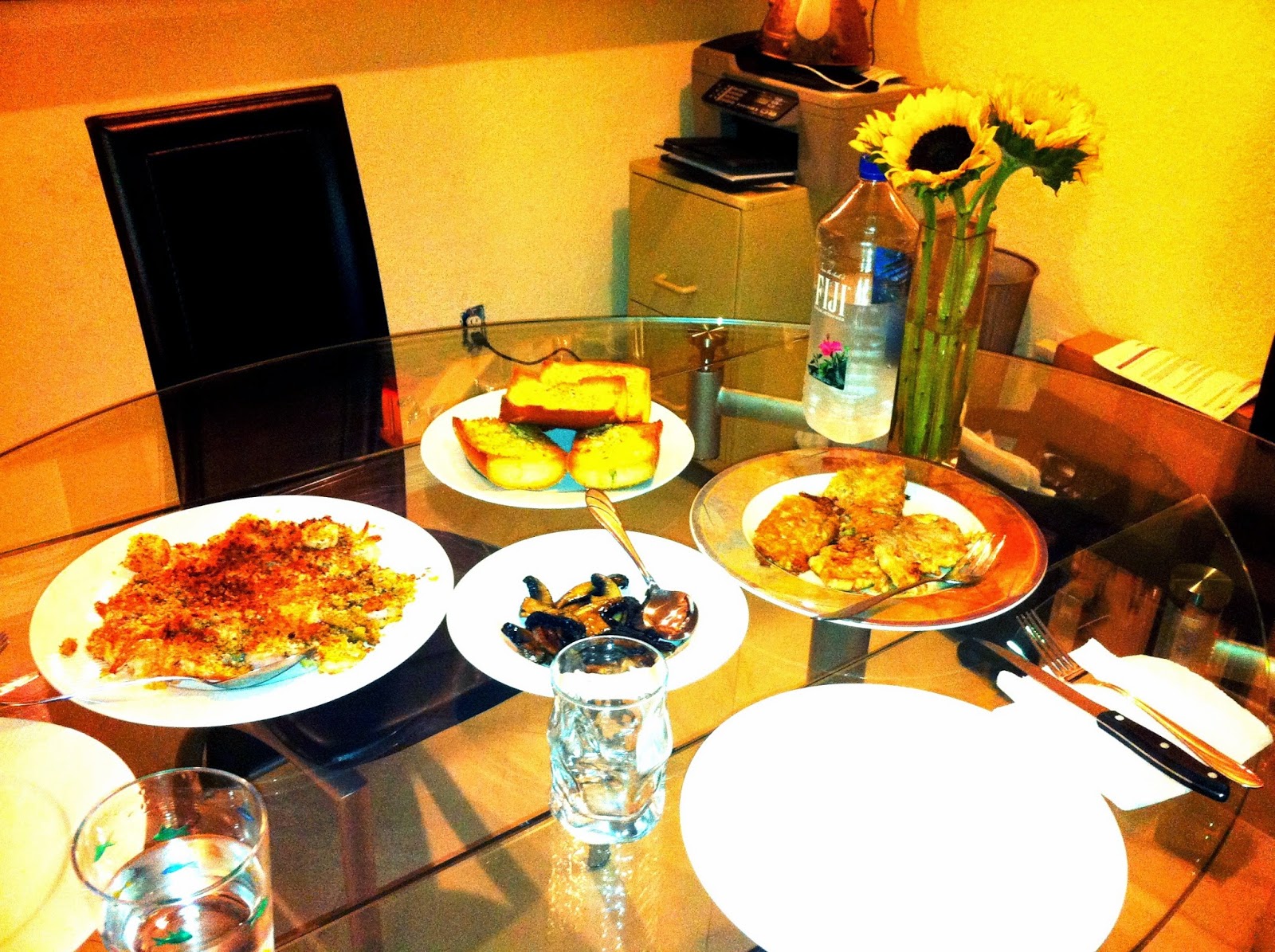 Sparkling wine and strawberries for the birthday boy :)

I used whole grain sandwich thins as the "buns" and topped the patty with shredded cheddar, mozzarella cheese and iceberg lettuce.

Serving suggestion: serve with a side of Cupcake Red Velvet wine! :) 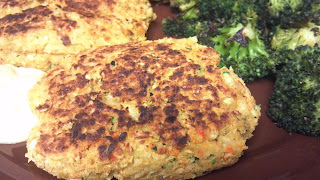 Posted by Anonymous at 7:12 PM 1 comments

Inspired by my über-healthy ladyfriend, I put together a work snack last night with no recipe (gasp!). It is healthy, yummy, colorful, simple, etc. Mix blackberries, blueberries, raspberries and 2-3 tablespoons of white sugar in a bowl and add 1/4 cup mascarpone, 2 (6 oz) containers of fat-free plain yogurt, 2/3 cup rolled oats, and a 1/4 teaspoon of fresh squeezed lemon juice.

Not particularly lovely photos, but true deliciousness inside! :) 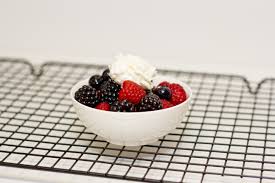 Posted by Anonymous at 8:21 AM 0 comments 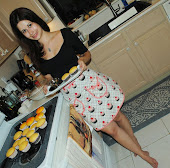